I talk with artist Laura Mustard about her journey through health issues and how she is able to be vulnerable about her struggles with her audience. It was definitely a journey into sharing herself that took her time to embrace.

Laura Mustard is an independent artist and songwriter living in Nashville, TN. Her music focuses on themes of self acceptance and body positivity as she is a person living with a catheter, latex allergy and VATER syndrome. Laura’s new album Typewriter is coming out in July, which is a concept album about technology and social media.

Laura is originally from Connecticut and she grew up playing piano and percussion. Music has always been a part of childhood. In high school, she realized piano can also be used for pop, not just classical, and started writing songs. She wanted her songs to be heard and didn’t have a band so she performed solo at open mics. In college and afterward, she played keyboard and drums in bands. She went on vacation in Nashville and fell in love with it and stayed there since 2015. There are a lot of people in different stages and genre in the community so it’s just about finding who your people are and finding motivation in people who are more successful than you rather than feeling envious of them. There’s room for everybody.

Laura has been battling health issues. She is born with VATER syndrome and eventually had a latex allergy. She had to deal with stomach and food allergies and unpredictable flare-ups. That is one thing she deals with when she is touring. She has to plan ahead and make calls to find restaurants and food that she can eat while on tour. If people who handle her food use latex gloves, that will trigger her allergy. If shows are booked in advance, she becomes a lot more careful well ahead of the schedule to avoid any flare ups.

So far, Laura has released two EPs. Her first one is more of a collection of songs she has used at open mics. She just put it out there and nothing really happened. Now she works with an artist coaching company to help her know what tasks to do in preparation for releasing her album. This is somewhat like Rock Your Next Release which is a framework about planning and marketing your album release. Her last album, Treehouse, is based around the theme of self-acceptance and vulnerability.

Her latest album, Typewriter, is about technology and social media. The release is coming in July and has 8 songs. There are positive effects of technology such as having this podcast. However, technology can also make you feel that you don’t fit in if you’re not this certain type. Laura has this song called “The Type” which is about who you really are and about what you project in social media which is who you want to be. Sometimes it’s really hard to live up to people’s expectations, and you could be comparing real life to what you see.

Laura also likes to engage and connect in social media. Aside from posting about her dog, she also posts about her medical conditions. It’s fun and positive to see, especially on TikTok. There are still people who throw out petty negative comments. She did have that fear of being teased like when she was a child, but there are still a lot of positive people around. Her advice is to take baby steps.

Laura agrees it’s more difficult for women. There is still that double standard in terms of physical appearance, or ageing, and stuff. However, women are more supportive in social media and there is that kind of community.

Social media has become a big part of our life but we don’t want to take over your life. It’s better not to be too caught up in the numbers. Focus on what you’re doing and the community you’re building. There’s a fine line between tracking your data and being consumed by it.

Links mentioned in this episode:
Bandzoogle  -Use promo code WOS15
@lauramustardmusic on TikTok
@lauramustard on Instagram 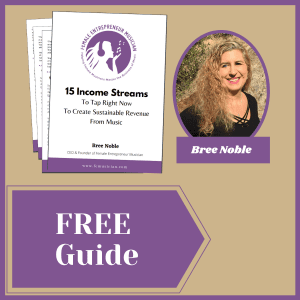 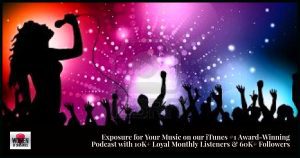 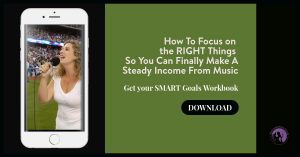