Google Plus For Musicians: Top 4 Reasons You Need To Be On Google+

Google Plus For Musicians: Top 4 Reasons You Need To Be On Google+

Google Plus For Musicians: Why Do You Need To Be On Yet ANOTHER Social Network? 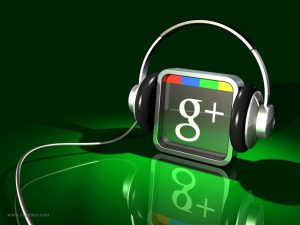 I completely understand where you’re coming from…you’re thinking, “another social media platform to master. I can’t keep up.”  But I’m going to make a good case for why you should invest the time to create a vital presence on Google+.  I believe it is an important step in Indie music marketing. So stick with me and hear me out:)

I took this very useful chart from a free eBook by Guy Kawasaki called “What The Plus: Google+ For The Rest of Us.”  It is a great comparison between the four top social media platforms in several key areas of functionality. Take a look below. After you look it over, you may immediately come to the conclusion that as a musician, you need to get on Google+.

There are a few differences that stand out even at first glance at this chart where Google+ clearly does things better and has the edge. 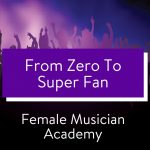 Want to learn the 4 Steps to turn

Get your FREE course coupon for our

Top 4 Advantages of Google Plus For Musicians

There are obviously more advantages than I list here, but they are more the “generic” promotion that you can achieve on Twitter and Facebook. But being on Google+ is not just about adding yet another weapon to your promotional arsenal. The 4 reasons I discuss below are what make Google+ uniquely useful for you as an Indie musician.

1. Circles: Circles are a powerful Google+ feature that Facebook and Twitter do not match. Circles allow you to group people of interest into categories. This is almost like creating segments for your email list or groups in Facebook, but so much better.

The key to Google+ circles is that you only share content with the people you want to share it with. It also helps you to organize your contacts in a meaningful way.  Here are the choices you have when posting on Google+:

2. Communities: Communities are tailor-made for musicians. There are two ways you can use communities. You can join communities to network with other musicians, learn and grow and help others. Secondly, you can create a community specific to your own music where fans can join and interact, keep up with your music news and feel like a part of what you are creating. Unlike a Facebook Fan Page, communities are MUCH more interactive.  Also, members of your community will receive your posts 100% of the time whereas on Facebook you must “boost your post” for it to be seen by everyone which means $ out of your pocket.  Also, you can group discussions in communities into several areas so people can quickly find what they want, i.e. you can create a tab for “Album Release” so your fans can quickly find out the latest news on your upcoming release without scrolling through a bunch of posts.

3. Social Search: Social search should be exciting to any musician because this is one of the few ways to influence search results: post stuff about a topic, and you’ll probably be included when your fans search for the topic.

Google Plus for Musicians Jumpstart

Here is a link to an amazing resource that I mentioned earlier, “What The Plus: Google+ For The Rest Of Us” by Guy Kawasaki. It will guide you through all the setup of your profile and understanding how to navigate the different areas and “dos and don’ts” on the site.

Not already on Google+? Go jump in and get your feet wet. Maybe you’re on Google+, but you haven’t taken the time to figure everything out yet. There is a lot to learn, but it’s all really useful for the promotion of your music, so make it a priority. Circle Me on Google+ at +BreeNobleMusic