Accidental musician turned pro, Meghan Cary, didn’t set out to be a musician. A panic attack in college led to her changing her major from chemistry and math to drama, and ultimately, becoming a musician and performer.

As a chemistry wiz and actress, it wasn’t until her fiancé tragically died that Meghan Cary picked up the guitar and taught herself how to play. Hear how she used her creativity to get through grief and tragedy and how that led her to becoming an award winning folk artist earning Billboard Magazine’s Critic’s Choice Award for Best Newcomer in addition to other accolades. Today, this accidental musician shares how she balances the daily life of being a mother and a performer. 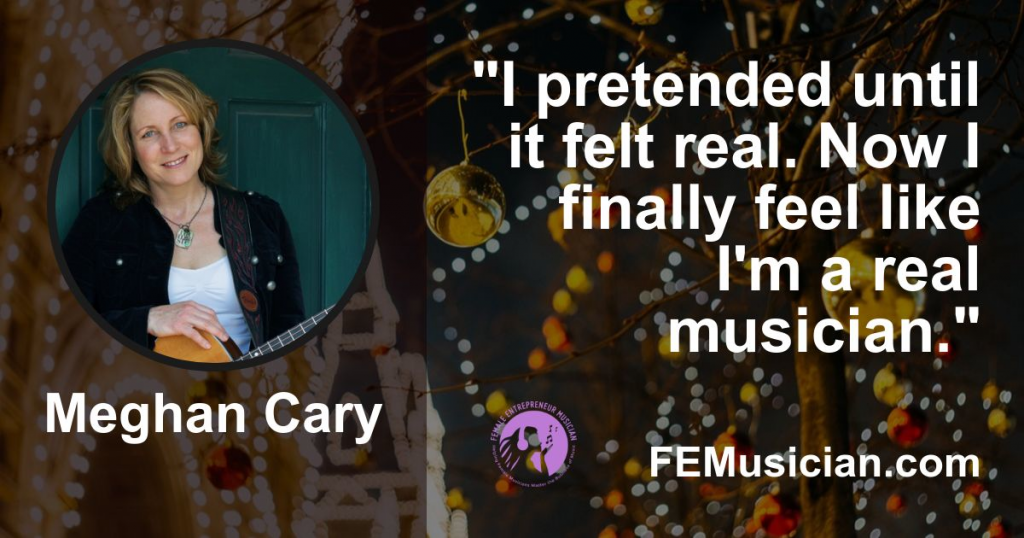 A Circuitous Route to a Music Career 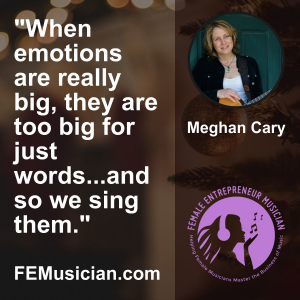 Engaging Fans to Help with Her Latest Project

Managing a Music Career with Family

Bree Noble is an entrepreneur, musician and speaker. She founded Women of Substance Radio, an online radio station that promotes quality female artists in all genres, in 2007.  She launched the Women of Substance Music Podcast in November 2014, a 5 day per week show which promotes Independent female artists. Her podcast has hit #1 in New & Noteworthy for the Music, Arts and Society & Culture categories and #4 Audio Podcast on all of iTunes. She draws on her extensive experience running her own music business, both as a solo musician and as an Industry professional, to train and mentor other female musicians. Learn more about the station, the show and the artists at www.wosradio.com. Connect with Bree on Twitter @BreeNoble or on Facebook or on Instagram @breenoblemusic